Once upon a time, this was a major town, with numerous beautifully decorated buildings. It was the capital of the Chene Maya people. 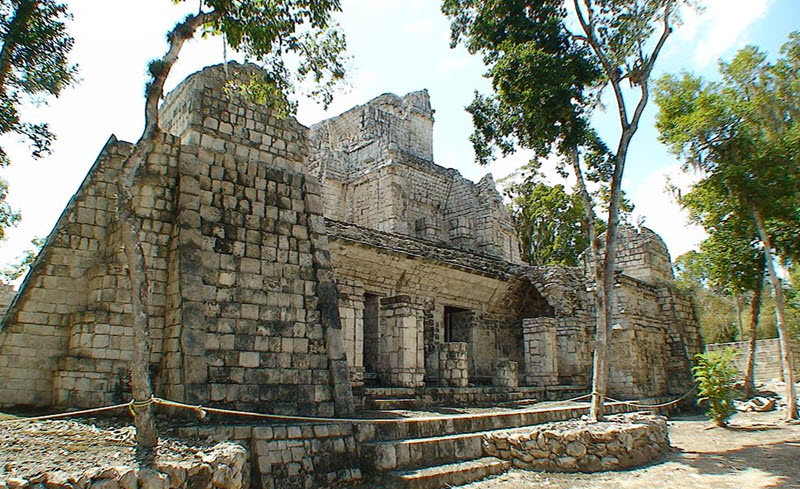 This building complex consists of at least ten buildings.

The mysterious snake mouth portal is found on the facade of a small room.

The building known as The Palace is a big structure with 27 rooms on the ground level, 12 on the second level, and five on the third level.